HISTORY OF THE PROPERTY

La Vague de Saint Paul is a building initially constructed at the end of the 1970s by French architect André Minangoy, who became famous for being the creator of the emblematic "Marina Baie des Anges" in Villeneuve-Loubet as well as the Vista Palace Hotel in Roquebrune Cap Martin.

These different projects have one key thing in common: their use of concrete streamlined by innovative contouring.

From 1970 to 2000, Unisys, an American multinational IT company, made the building the jewel in its crown and operated it as an international convention centre. The company organised seminars, training courses and conferences there and many clients and staff visited the premises until it was sold in 2011.

After the building was acquired, renovation work started in the spring of 2012 under the supervision of Swiss architect Maurus Frei and his Zurich office, supported by the expertise of Phoenix Hotel Management, which specialises in the management of boutique hotels.

The fixtures and furnishings were tailor made by Portuguese designer Leite De Castro, an expert in handcrafted woodworking. All materials and technical installations were chosen with a view to environmentally sustainability so as to minimise the impact and extend the life of the project.

The public spaces (lobby, lounge area, bar and reception) are bright and airy, featuring a contemporary design that contrasts warm and cold colours and different materials and textures. 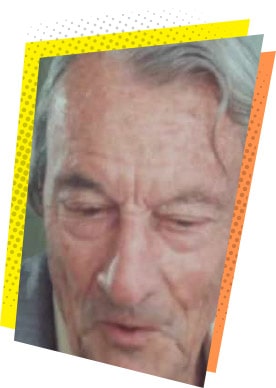 André Minangoy (1905–1985) is a French architect who chiefly worked along the French Riviera.

His most celebrated creation is without doubt the "Marina Baie des Anges" in Villeneuve-Loubet, situated along the coast between Antibes and Nice.

The curves of the buildings, something which had never been seen before, were originally conceived in a sketch drawn on the palm of his hand. This initial idea gave birth to 1,300 apartments, 4 large sails of concrete rising up to 70 metres into the sky and a marina, aided by property developer Jean Marchand. Ground was broken on the project in 1968 and construction would take more than 25 years; alas, André Minangoy would not live to see its completion.

In response to the many controversies stirred up by these ground-breaking buildings, he said: “Measured against the scale of the sea, nothing is monstrous.”

Today, the 16 hectares of Marina Baie des Anges are home to a marina with a capacity of 530 pier or wharf moorings measuring from 6m to 35m, a shopping centre and 4 white sails which inspired the Montreal Olympic Village in 1976 and later the Jumeirah Beach Hotel in Dubai in 1997.

In 2000, the most well-known building along the Côte d’Azur was awarded the "20th Century Heritage" label and its penthouse apartments now sell for 11,000 euros per square metre.

When we arrived, we found a house that had been stripped of its soul in the middle of a park which had been reclaimed and overrun by nature. We started off by studying the history of the building and the work of its architect, André Minangoy, who spearheaded several projects which were very avant-garde for their time. We noticed that the building featured an extremely strong design, integrated seamlessly into the surrounding environment. All we had to do was reawaken the building from its slumber.

We reconstructed the building based on its original and simplified structure in order to re-establish the connection between interior and exterior and make the garden an integral part of the concept. The interior was pared down to place the focus on the heart of the hotel centred around the reception, bar and restaurant, finished with carefully selected furniture. And so La Vague de Saint Paul was born: a place where interior and exterior are in harmony, a place that has reclaimed its soul. 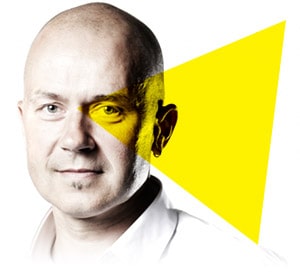 THE FONDATION MAEGHT, AN ARCHITECTURAL MASTERPIECE

Since it opened its doors in 2013, La Vague de Saint Paul has been a partner of the prominent purveyor of contemporary art, the Fondation Maeght, located just down the road on the way to Saint-Paul-de-Vence. Just like Marina Baie des Anges, which André Minangoy used as inspiration for La Vague de Saint Paul, the Fondation Maeght was conceived by leading avant-garde architect Josep Lluís Sert in collaboration with a visionary gallerist and publisher for Miró, Aimé Maeght, whose aim was to establish the first private, not-for-profit foundation dedicated to the visual arts in Europe. Marguerite and Aimé Maeght intended for it to serve as an exhibition space for modern and contemporary art in all of its forms as well as a place where artists could convene to work, share and inspire...

And so a humanist Mediterranean village was created through the constant dialogue between Sert, Miró and Maeght: a sculpture garden marking the entrance, an agora as a meeting place (the Cour Giacometti), buildings arranged around patios, a steeple for the chapel, a Town Hall, a studio residence... totalling just 850m² of covered space to create a unique and flexible variety of volume and dimensions, interior and exterior.

In so doing the architect has created endless possibilities to move around and take pause within a whole that is both disconnected and homogeneous at the same time. The multiple entryways, the uninterrupted flow between rooms, the interplay between inside and outside, the omnipresent sun that casts changing patterns of light and shade throughout the day; all of these provide the perfect place to escape and unwind...

A unique and timeless place, the Maeght Foundation invites visitors to immerse themselves in their surroundings and admire the works on display and the beauty of mother nature. 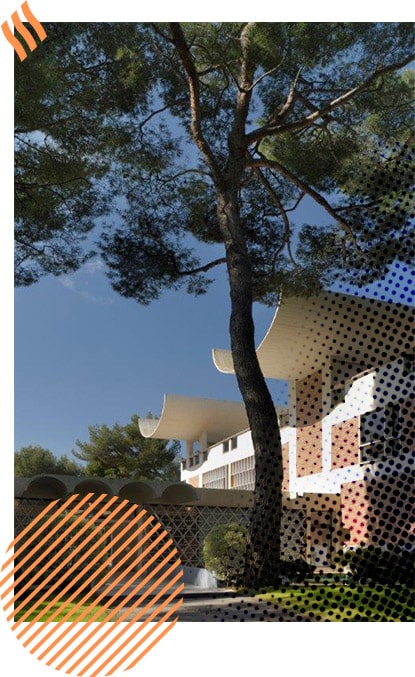